GBP/USD bounces off intraday low, stays depressed, while picking up the bids to 1.3842, down 0.23% on a day, amid an initial Asian session on Monday. In doing so, the cable extends last week’s pullback from the 1.4000 threshold amid bearish MACD.

However, GBP/USD sellers need to break solid support comprising an ascending trend line from March 05 as well as 61.8% Fibonacci retracement of the pair’s rise during the previous month, around 1.3820.

The GBP/USD pair edged lower for a second consecutive day to end the week in the red below the 1.3900 mark. The slump came as the UK reported that government spending pushed the public finances deeper into deficit in February, as Public Sector Net Borrowing jumped to £18.413 billion in the month, the highest on record. However, the UK record deficit is likely to be a little lower than forecast, as it grew by less than anticipated in the first two months of the year. Resurgent demand for the American currency amid soaring yields added to the pair’s bearish picture. 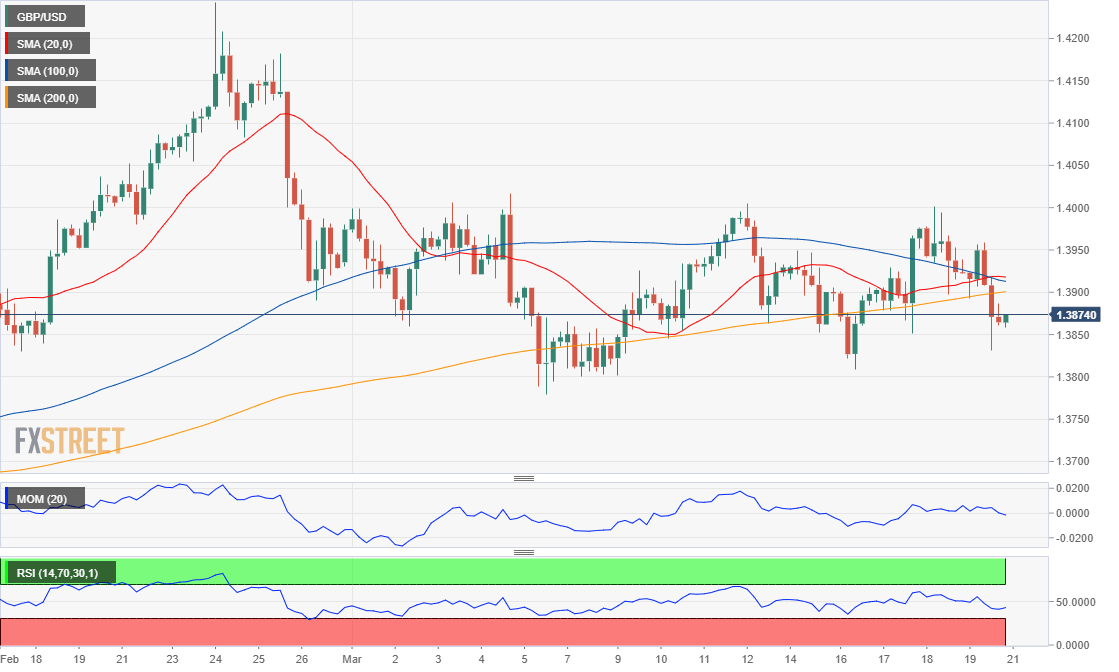