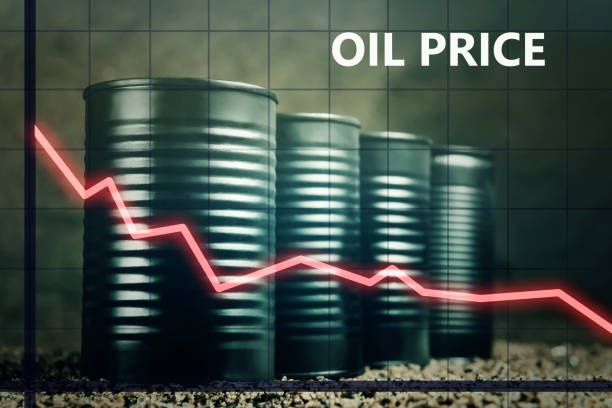 Crude oil prices have extended the selloff for a third consecutive week. While the demand/supply fundamentals have changed little, the major reason for the decline is the broadly-based risk aversion driven by rising yields. International Energy Agency (IEA)’s report refuting prospect of a commodity supercycle has also triggered the profit-taking selloff.

The front-month WTI crude contract has faltered below US$60/bbl. Price has sank almost -15% from the recent peak of 67.9 made earlier this month. Currently trading at US$60.9/bbl, the corresponding Brent contract has been down more than -10% from the recent peak of 67.98 made on March 8. Rising expectations of global inflation have sent long-dated yields higher. While some central bank officials have attributed the phenomenon to a vote of market confidence on the economic outlook, it could nonetheless raised concerns over tightening financial conditions. The recent selloff in the prices of equities, risk currencies and commodities is reflective of such concerns.

IEA Not Optimistic of Supercycle

Over the past months, prices of oil, together with industrial metals, have risen sharply amidst the global reflationary trade theme and talks of the beginning of a commodity supercycle. The IEA suggested that it does not oil to enter a “supercycle”. As noted in its latest report, “oil’s sharp rally to near $70 per barrel has spurred talk of a new supercycle and a looming supply shortfall. Our data and analysis suggest otherwise”. It added that “oil inventories still look ample compared with historical levels despite a steady decline from a massive overhang that piled up during [2Q20]”.

The market was thrilled by OPEC+’s decision to maintain the previous output quota. Regarding this, the IEA indicated that “the prospect of stronger demand and continued OPEC+ production restraint point to a sharp decline in inventories during the second half of the year. For now, however, there is more than enough oil in tanks and under the ground to keep global oil markets adequately supplied”.

On the demand/supply outlook, the IEA projected global oil demand to rebound by +6% y/y to 96.5M bpd this year. This marks a mild increase from 96.4M bpd projected in February. While cold weather northern Asia, the US and Europe has supported demand in 1Q21, “a stronger economy and vaccine deployment will support growth in 2H21”.

In OPEC’s March report, it estimated that oil demand will increase +6.5% y/y to 96.3M bpd this year, compared with 96.1M bpd projected in February. Total non-OPEC supply will likely increase to 68.9M bpd this year, from 68M bpd. This remains largely unchanged from February’s estimates.

Easiest Forex Trading Strategy | How To Grow A Small Forex Account
Is there more to the jobs picture? The household survey has been flat since March
The Fed’s path to a ‘Goldilocks’ economy just got a little more complicated
Zeus Trading Strategy: Powerful, Accurate And Easy to use With the Best Tradingview indicators 5M +
Dollar stays little changed as overall market mood stays more tepid