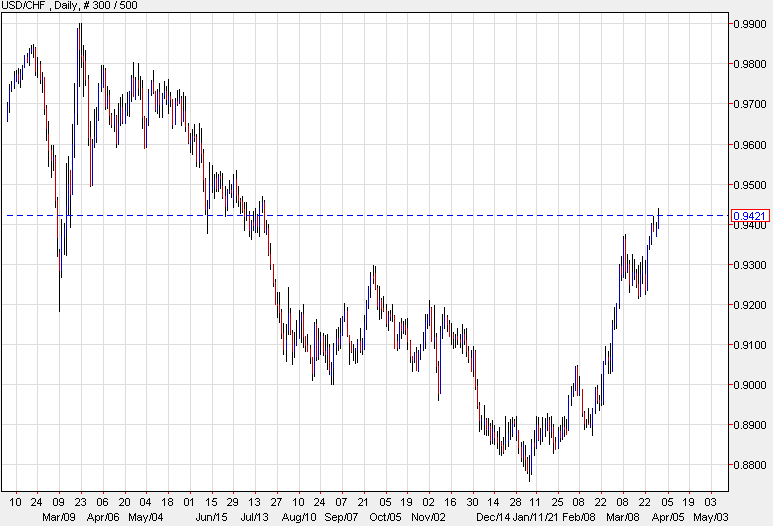 A look back shows what’s happening in the market

That move sparked a re-think in many asset classes, some Fed hand-wringing and non-stop inflation talk.

Naturally, the dollar has performed well on the rise, trailing only the loonie since then (which is also subject to rate hike talk and knock-ons from US spending). What might be less intuitive is that the Swiss franc is the laggard, and badly. It’s down 5.25% against the US dollar in that span.

What’s happened? It’s all about yield. The dollar had been partly used as a funding currency but that trade has been cleared out and it’s finding a home in CHF and JPY (second-worst performer).

Here’s a look at USD/CHF and you can see the break higher shortly after Feb 16.

I asked on twitter today whether 1.5% or 2% come first in the US 10-year. There’s a strong consensus about 2% coming first: 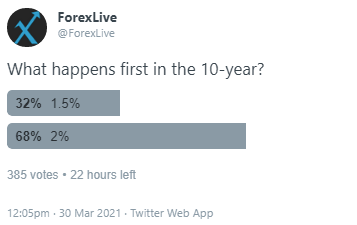 Be careful piling in with the consensus.