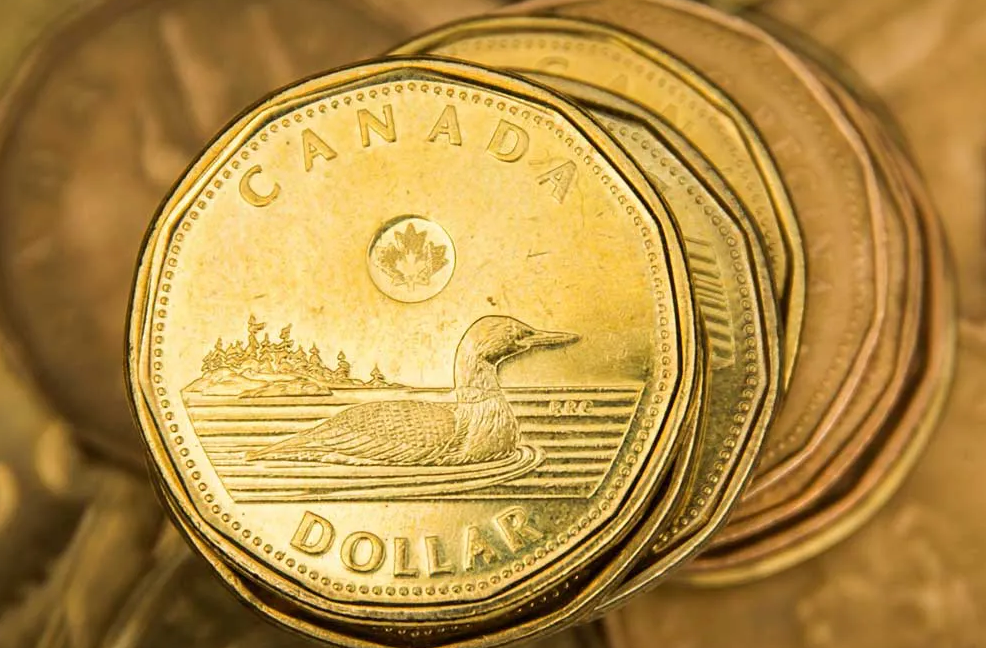 Have a look at the USD/CAD monthly chart

The Canadian dollar is the best performing currency this year and that has caught many off guard (though not me).
We’re now sitting just above the 1.20 level in USD/CAD and that shows how critical psychological levels are. Reuters writes about how corporate treasurers are suddenly sweating Canadian dollar strength.

Brad
Schruder, managing director of corporate sales and structuring at BMO
Capital Markets, said he has seen a pick-up in the last two weeks of
pricing requests for Canadian dollar call options from companies that
don’t regularly hedge.

“Those
types of requests only come around when suddenly FX is on the radar of a
C-suite executive that might have considered it an afterthought
before,” Schruder said.

Normally, Canadian corporates love US dollars. They’re happy to hold them at almost any time and are strong hands. That’s not always the case though and it’s suddenly dawning on them that with commodity prices high, vaccine take-up poised to pass the US and the BOC on the road to hiking before anyone — they might be overly invested in the wrong currency.

If we look at USD/CAD over the past 30 years, what stands out are some particularly violent moves. On the upside, those spikes tend to be global shocks like the financial crisis, the oil bust in 2016 and the pandemic. Those were all big surprise events.

What’s less appreciated is how quick some of those declines have comes. They’re nearly as fast as the ‘shock’ moves but are the result of steady improvements in commodity prices that suddenly set off rushes to sell USD/CAD.

Are we at a similar kind of tipping point? I just had a look at FX forecast from all the big banks one year out; not a single one has USD/CAD below 1.20. That’s a sign of some serious disbelief. 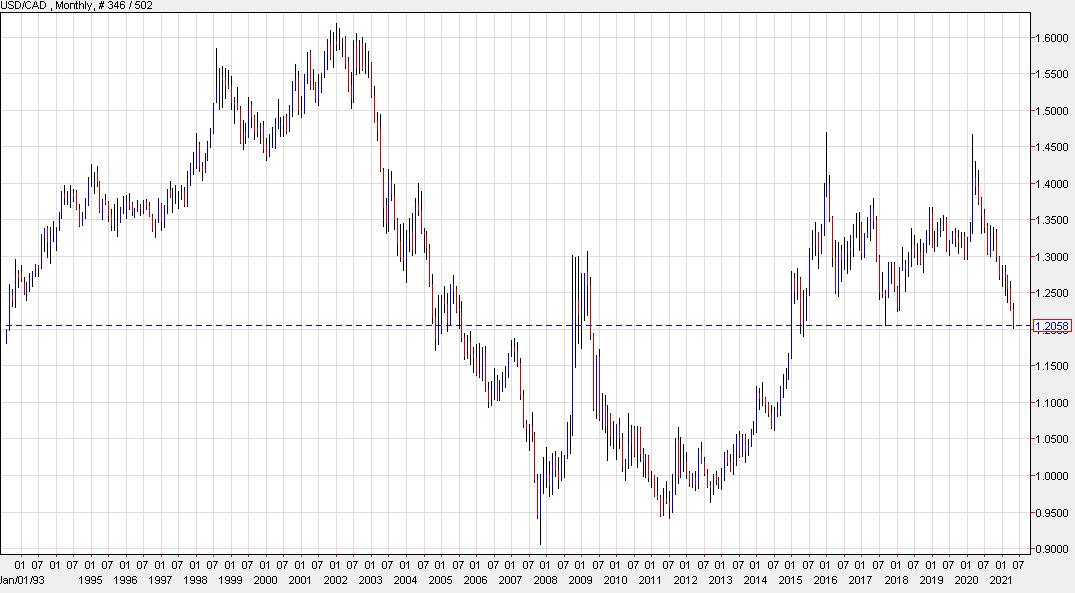 Here is the Canadian dollar charted with the Bank of Canada’s commodity index (excluding energy). Obviously energy is a big part of the equation but if it falls into place, then we could be having a conversation about parity before too long. 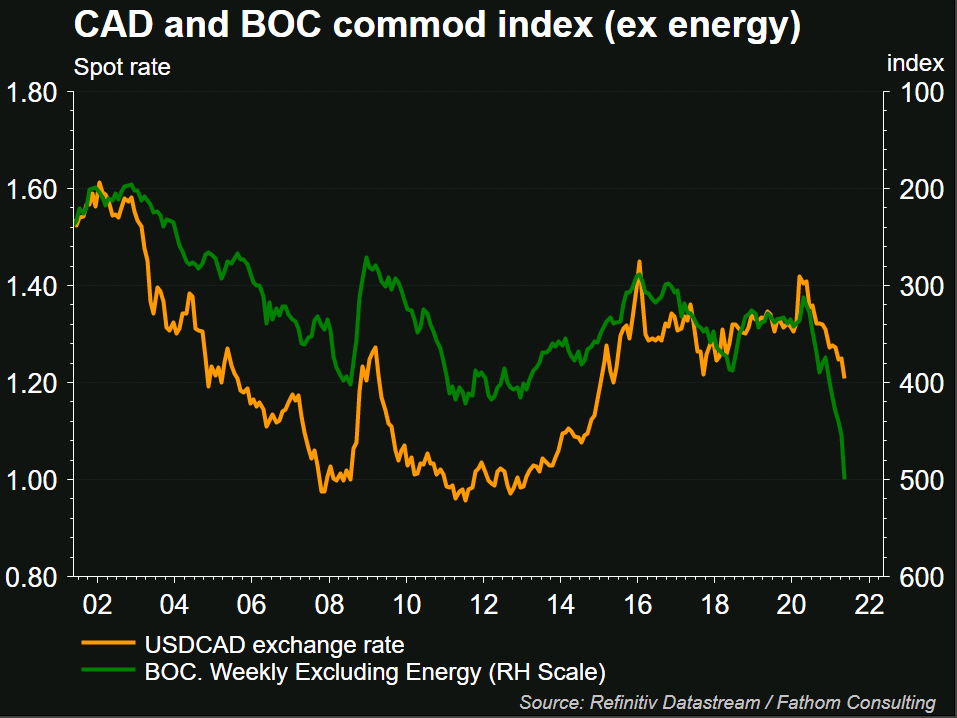