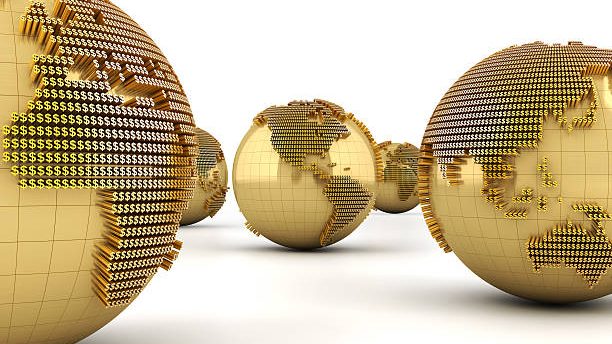 Dollar weakens broadly in relatively quiet Asian session today, while Australian Dollar is strengthening. Asia markets are trading mildly lower, but losses are limited. Month-end flow, plus holiday in the UK and the US, could keep activity subdued today. But the week ahead is extremely busy, with lots of first-tier economic data featured.

Technically, Dollar’s rebound attempt faltered quickly last Friday. Some near term resistance levels are still intact, keeping the greenback mildly bearish in general. The levels include 1.4090 support in GBP/USD, 0.7673 support in AUD/USD, 0.9046 resistance in USD/CHF and 1.2201 resistance in USD/CAD. We’d pay attention to whether selling in Dollar would come back soon.

Japan industrial production grew 2.5% mom in April, below expectation of 4.1% mom. Manufacturers surveyed by the Ministry of Economy, Trade and Industry (METI) expected output to contract -1.7% in May, followed by a 5.0% rebound in June.

ANZ said: “The New Zealand economy is struggling to keep up with demand, and cost and inflation pressures continue to build. Firms are having trouble sourcing inputs to production. We wouldn’t read too much into the drop in activity indicators in the second half of the month just yet, as it may have been influenced by Budget uncertainty. We won’t have to wait long to get a fresh read, with the preliminary June data due to be released on 9 June.”

An extremely busy week ahead

It’s an extremely busy, and potentially very volatile week ahead. In particular, US ISMs and NSP will be watched close to gauge how strong the rebound in US economy would be . Eurozone inflation data, Swiss GDP, Canada GDP, China, CPIs are also important. As for Australian Dollar, RBA rate decision is a focus, but it’s unlikely to follow RBNZ to turn hawkish. Instead, GDP and retail sales could be more market moving.

Intraday bias in AUD/USD remains neutral for the moment, and further rise is in favor with 0.7673 support intact. On the upside, break of 0.7890 will resume the rise from 0.7530 to retest 0.8006 high. However, on the downside, firm break of 0.7673 will suggest that correction from 0.8006 is extending with another falling leg. Intraday bias will be turned back to the downside for 0.7530 support and possibly below. 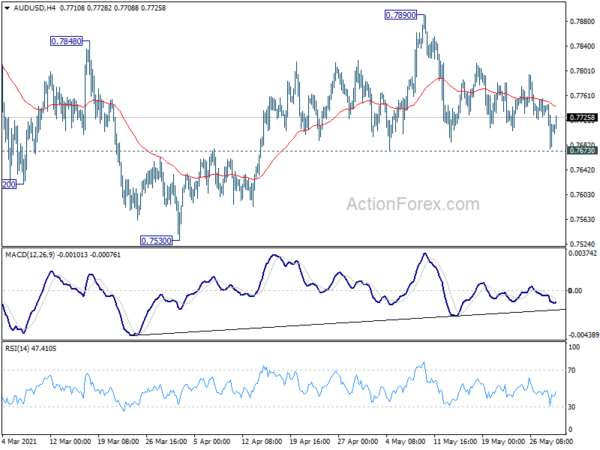 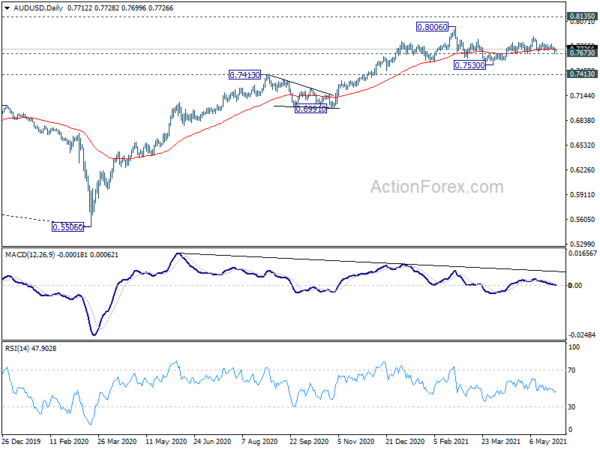