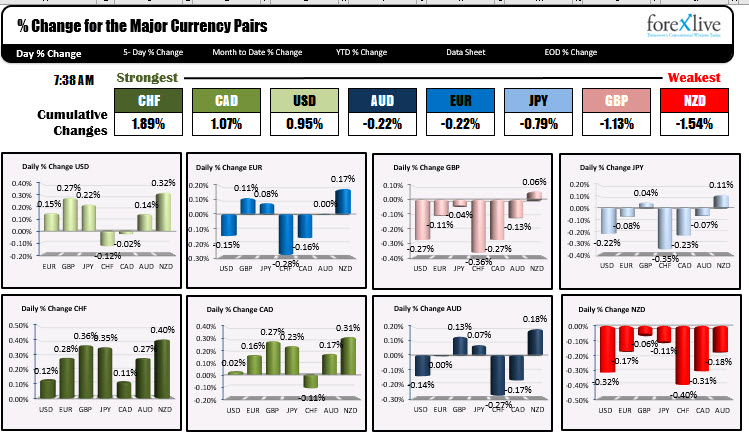 The USD is mostly higher marginally after falling yesterday

As North American traders enter for the day, the CHF is the strongest and the NZD is the weakest.  The USD is mostly higher marginally with declines vs the CHF and near unchanged vs the CAD. The key US CPI data will be released on Thursday. That will be the last major economic release before the Fed meets on June 15/16 to discuss the possibility of starting the preparation for the taper process.  Bitcoin is down. Meme stocks are up, Nasdaq and S&P are up, but Dow stocks are marginally lower.  Crude oil is lower after hitting $70.00 yesterday and backing off from that level. Yields are lower.

Looking at the ranges and changes, the price action is once again limited (at this time). The GBPUSD has the largest range vs the USD (58 pips). The other ranges are 36 pips or less (the USDCAD only has a 21 pip range in the morning snapshot). 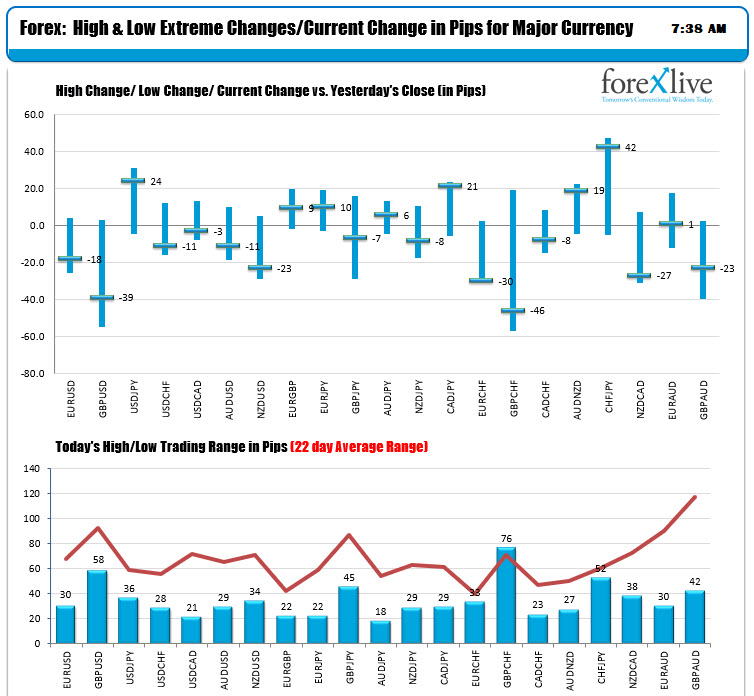 In the premarket for US stocks, the major indices (implied by the futures) are trading mixed with the NASDAQ index leading the way.

In the European equity markets, the major indices are trading mixed:

In the US debt market, the yields are lower with the yield curve flattening a bit:

In the European debt market, the benchmark 10 year yields are also trading lower with declines around -1.2 basis point in most of the major countries.