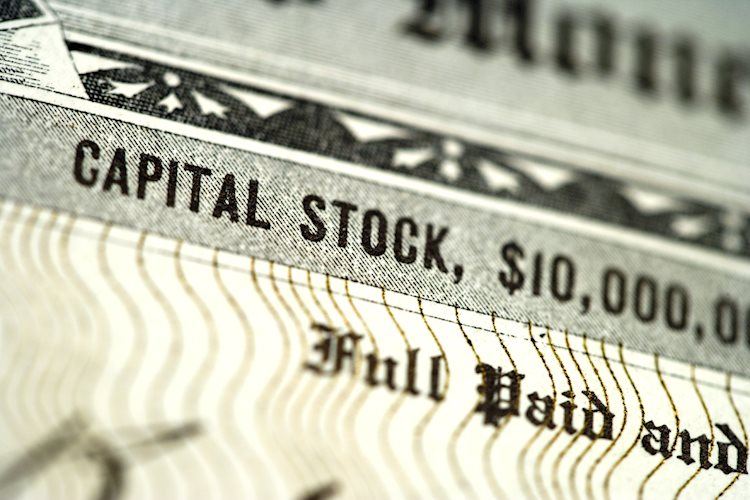 A slightly higher than expected US CPI report wobbles the indices initially before the realization that the number is not actually that unexpected. The inflation genie has been out of the bottle for some time now and markets have powered on regardless. It will take a truly shocking increase to dent investor enthusiasm.

The double bottom from May 12 and 19 really was a perfect signal accompanied as it was by the point of control being exactly at those lows at the time. The point of control is a measure of volume and price activity. It is very similar to the market profile for those that are familiar with that. For those that are not the premise of both is the same. Identify fair value areas. Areas, where there has been the most volume, are generally the strongest areas of price discovery and hence support or resistance. Markets move, looking for areas of stability or so-called fair value. Markets move quickly through unfair areas and stabilize at fair areas. Volume profile shows those price levels that have the highest volume and therefore highest importance ie fairness. The point of control in a given range or time period is the fairest price over that time horizon. It obviously moves based on the time horizon used. 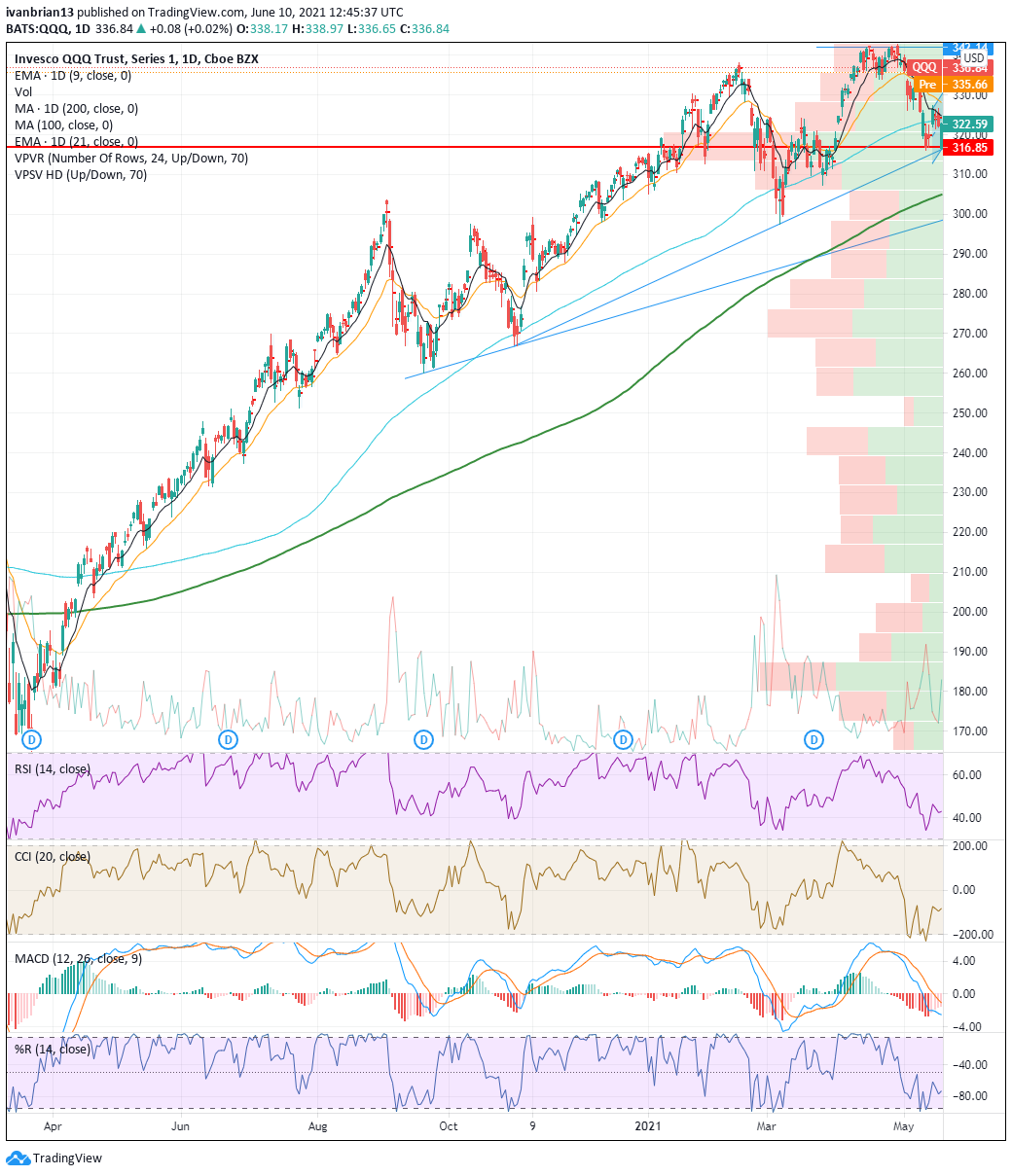 The surprising but not too surprising US CPI data has cleared one of the major concerns holding back equity markets. While the market remains bullish the speed and strength of the ascent have been waning as investors begin to realize how strongly priced the majority of indices and stocks are. Many valuation metrics can be used based on numerous methods but let’s just take a simple look at the number of stocks in the S&P 500 trading above their 200-day moving average. Close to record highs hit in April. This measure neatly avoids fundamental metrics which change over time. 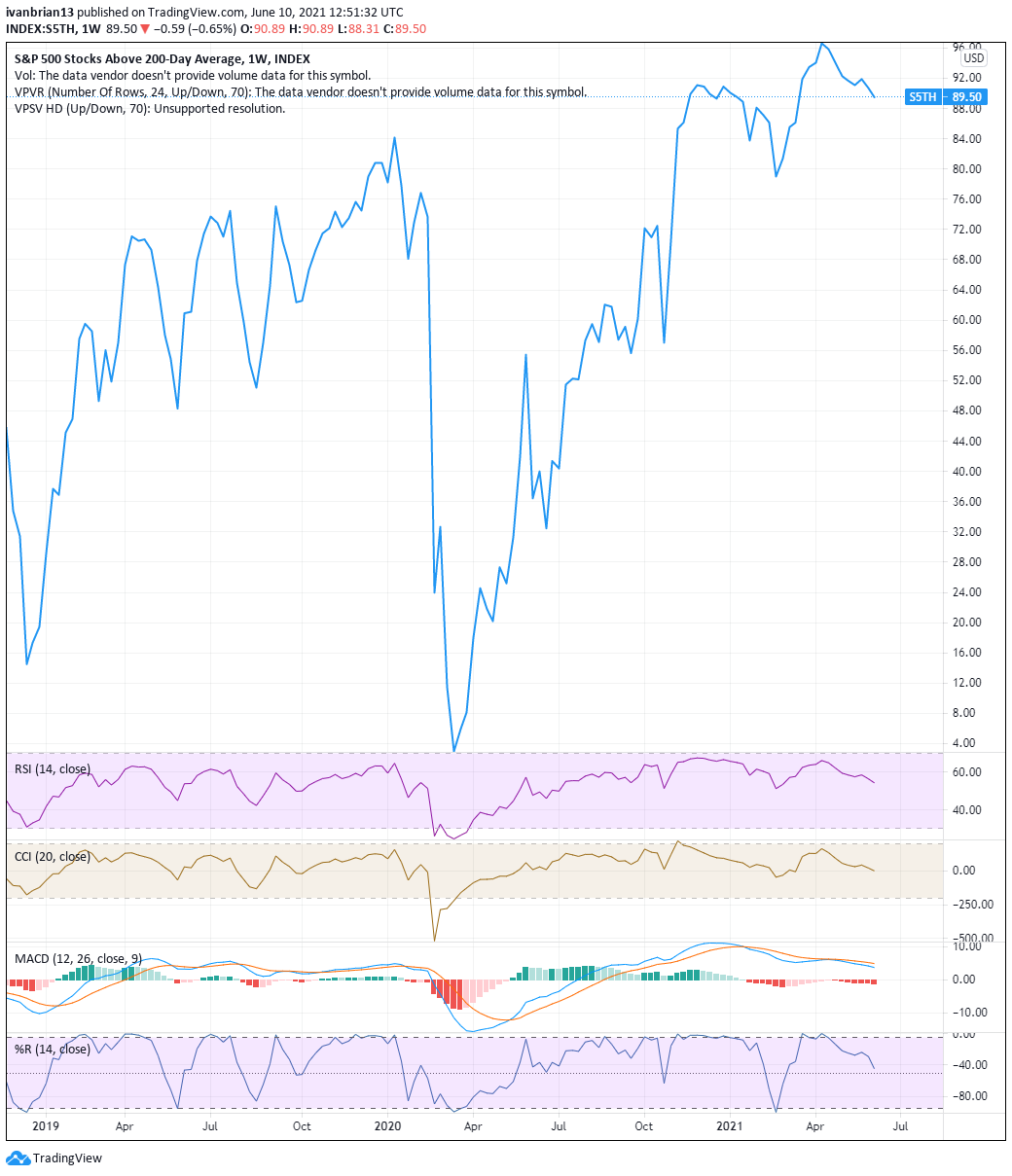 A nice uptrend channel continues to be adhered to as shown below. Support at 334.88 from the lower channel and from 321.72 the longer-term trend line. The trend line below tracing from the October 2020 low gives support at 302.45. But obviously, we will not trade there quickly unless we get the fun of a flash crash again so adjust as time progresses. 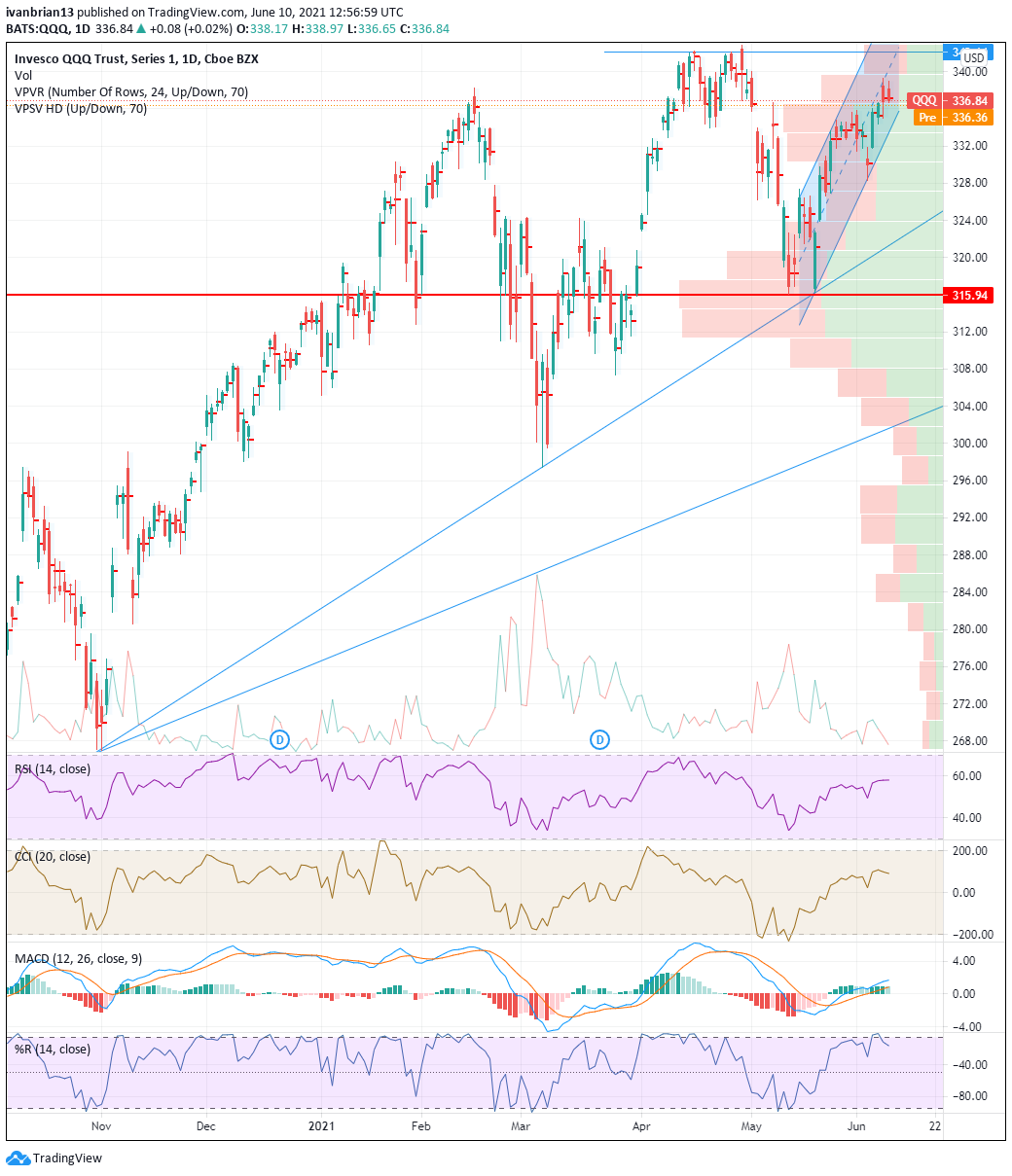