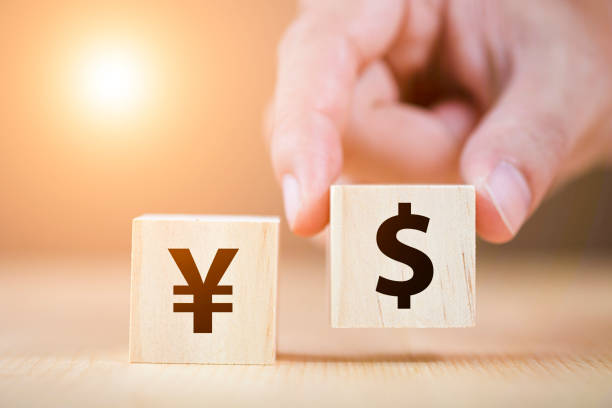 Dollar is consolidating some gains in Asia session today but remains overwhelmingly the strongest for the week. Yen is following closely as second best. Yet, there is no one-sided risk aversion in the markets to help Yen against Dollar. US stock indexes ended mixed overnight only, while Asian markets are trading in narrow range. Swiss Franc is currently the worst performing, followed by commodity currencies.

Technically, there is prospect of some retreat in Dollar today even though near term bullishness is well set for extension. 109.79 support in USD/JPY is a level to watch and break will, at least temporarily, turn the favor to Yen and cap Dollar’s upside. 1803.2 minor resistance in Gold is also a level to watch. Break will suggests temporary bottoming after hitting 61.8% retracement of 1676.65 to 1916.30 at 1768.19. Stronger recovery could then be seen in tandem with retreat in the greenback. 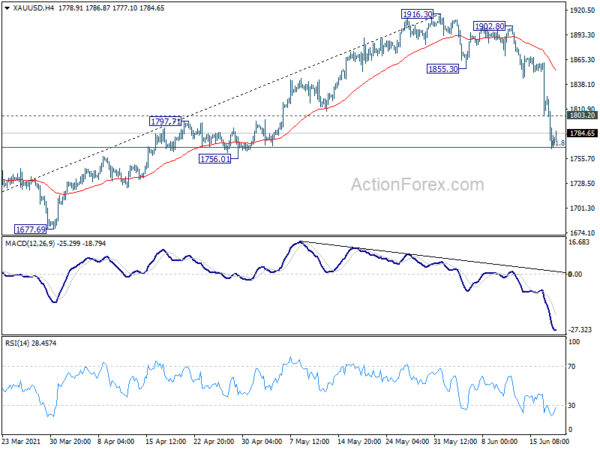 BoJ announced no change in monetary policy as widely expected. Under the yield curve control framework, short term interest rate target is held at -0.10%. BoJ will continue to buy JGBs, without upper limit, to keep 10-year JGB yields at around 0%. The decision was made by 7-1 majority vote with 1 abstention. Goushi Kataoka dissented as usual, pushing for strengthening easing. Takako Masai abstained.

The board also voted with 8-0 majority vote, with 1 abstention, to extend the duration of the Special Program to Support Financing in Response to the Novel Coronavirus by 6 months until the end of March 2022.

BOJ also pledges to “closely monitor” in the impact of COVID-19, and “will not hesitate to take additional easing measures if necessary”. Also, it “expects short- and long-term policy interest rates to remain at their present or lower levels”.

Both AUD/JPY and NZD/JPY experienced deep selloff since yesterday, and the developments should confirm that extended correction is underway. AUD/JPY’s fall from 85.78 is seen as correcting the rise from 73.12 to 85.78 only at this point. Deeper decline is expected as long as 83.95 support holds. Next target is 38.2% retracement of 73.12 to 85.78 at 80.94. We’d expect strong support from there to bring rebound. However, sustained break of 80.94 would raise the chance that it’s a larger scale correction to whole up trend from 59.85. Further fall could be seen back into 73.12/78.44 support zone in this bearish case. 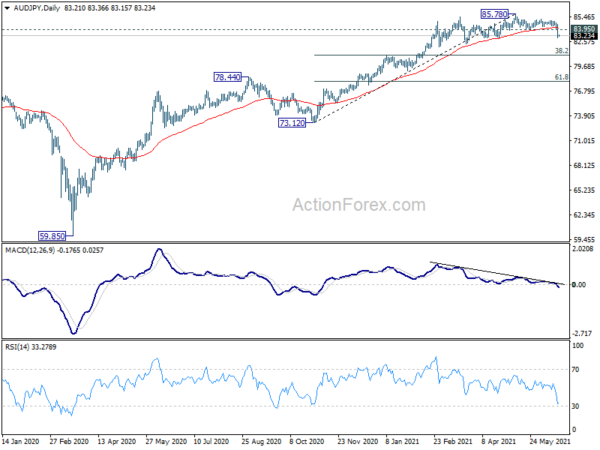 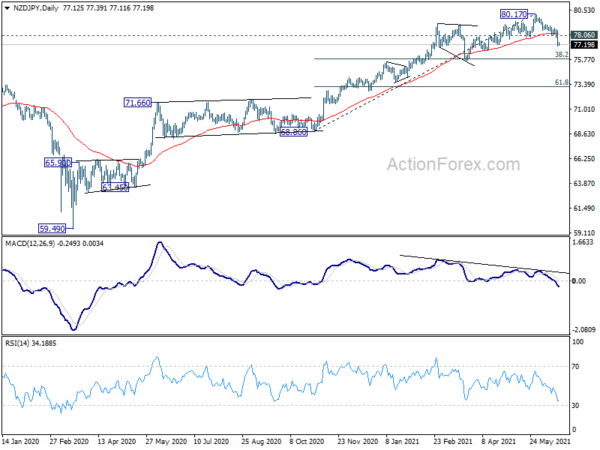 “When the emergency for which the PEPP was created is over, it must be ended,” he added.

Weidmann also rejected the idea that some PEPP’s flexibility could be transferred to the standing APP after PEPP ends. “When this exceptional situation is over, such a high degree of flexibility is no longer appropriate,” he said.

UK retail sales, Germany PPI and Eurozone current account will be released in European session. The US calendar is empty.

USD/CAD rises to as high as 1.2377 so far and intraday bias stays on the upside for 1.2653 resistance. Firm break there should confirm near term bullish reversal after drawing support from 1.2048/61 cluster. Next target is 38.2% retracement of 1.4667 to 1.2005 at 1.3022. On the downside, below 1.2261 minor support will turn intraday bias neutral first and bring consolidations, before staging another rally. 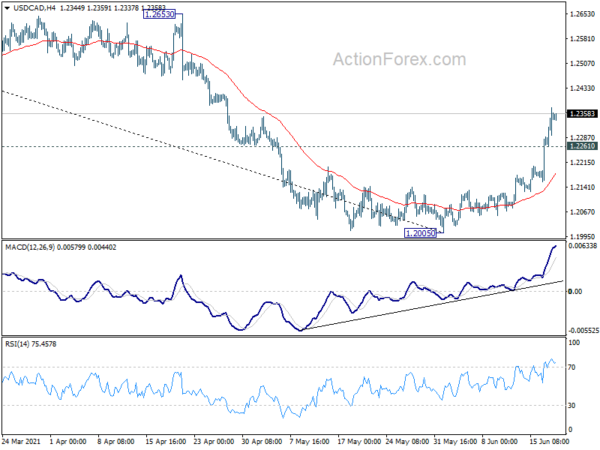 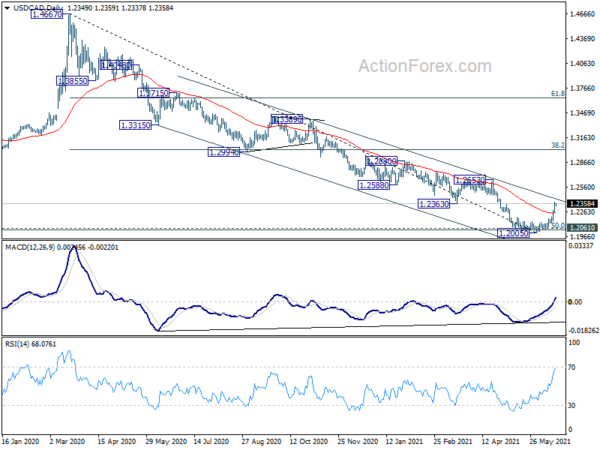