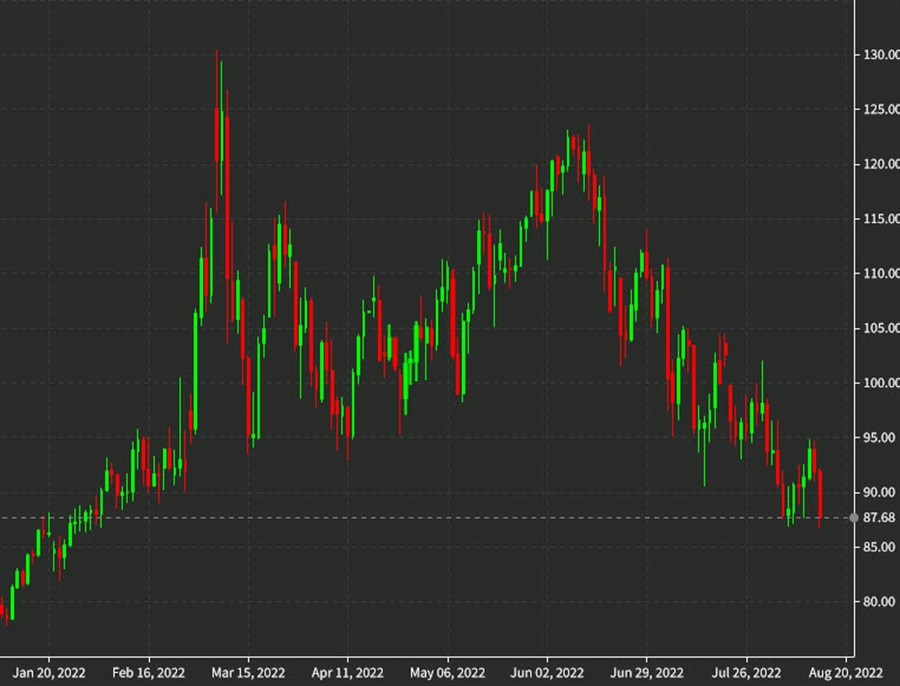 WTI crude oil is down $4.80 to $87.73 today and a big reason why is speculation that the Iran nuclear deal could be revived. European circulated a draft deal last week, calling it the ‘final’ deal and framing it as take-it-or-leave-it.

I get the sense that Iran isn’t done negotiating as it wants guarantees that the US won’t leave the deal when there’s a change in the White House.

In any case, the speculation about what comes next will stop before midnight in Tehran. Iran has a wonky time zone that’s offset by 30 minutes from the vast majority of the world so it’s 6:30 pm there now. Midnight would be 30 minutes before the US equity close but the news is likely to come before then.

Sterling Rises on PM Truss U-Turn Rumor
FOREX QUICK: A technical look at USDCHF as it finds support buyers near trendline support
Why aluminium prices are struggling at a one-and-a-half-year low
Euro and Swiss Franc Down, Sterling Extending Rebound
GBP/USD clings to weekly gains around 1.1170s, bolstered by month-end flows