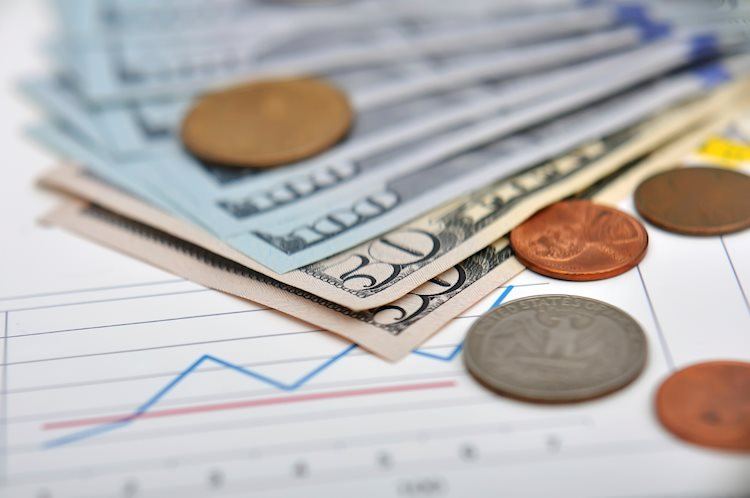 US Dollar Index (DXY) rises for the third consecutive day while picking bids to 106.58 during Tuesday’s Asian session. In doing so, the greenback’s gauge portrays the market’s rush for risk safety amid economic fears surrounding the US and China, as well as geopolitical woes surrounding Russia, China and the Middle East. It’s worth noting that the softer US data and hawkish Fedspeak magnify the market’s indecision and favor the DXY bulls.

That said, the downbeat statistics from China and the US gain major attention from the DXY bulls, especially amid the recession fears.

US NY Empire State Manufacturing Index for August dropped to 31.3 in August from 11.1 in July and 8.5 market forecasts. Further, the US August NAHB homebuilder confidence index also fell to 49 versus 55, its lowest level since the initial months of 2020.

Elsewhere, China’s Retail Sales eased to 2.7% YoY in July versus 5.0% expected and 3.1% prior whereas Industrial Production (IP) edged lower to 3.8% during the stated month, from 3.9% prior and 4.6% market forecasts. Additionally, the People’s Bank of China (PBOC) surprised markets on Monday by cutting the one-year medium-term lending facility (MLF) rates by 10 basis points (bps) and trying to push back the bears.

It should be noted that headlines suggesting improved coronavirus conditions in China’s financial hub Shanghai and the resumption of the Russian bonds’ trading on Wall Street failed to improve the risk appetite. Furthermore, hopes of a probable meeting between US President Joe Biden and his Chinese counterpart Xi Jinping, as signaled by the Wall Street Journal (WSJ), could favor the risk-on mood. On the same line were comments from China’s President Xi suggesting more efforts to revive the world’s second-largest economy.

Elsewhere, Reuters reported that the United States, South Korea and Japan participated in a missile warning and ballistic missile search and tracking exercise off Hawaii’s coast last week, the Pentagon said on Monday. It was also revealed afterward that the US and South Korea will hold joint military drills from August 22 and September 01. The geopolitical fears are an extra burden on the market sentiment and propel the DXY.

Amid these plays, the US 10-year Treasury yields print a three-day downtrend around 2.775% while the S&P 500 Futures decline 0.13% intraday at the latest.

Moving on, today’s second-tier US housing and activity data might entertain the DXY traders ahead of Wednesday’s FOMC Minutes. Should the US data continue to arrive as softer, the greenback’s gauge could remain on the bear’s radar.

A sustained upside break of the three-week-old resistance line, now support around 106.35, directs DXY bulls towards the monthly peak surrounding 107.00. However, the bulls need validation from late July’s peak near 107.45 to approach the yearly top marked in July around 109.30.

GBP/USD: Buyers could continue to dominate in case 1.1440 resistance fails
Sebi frames rules for FPIs to trade in commodity derivatives
Introduction to Forex trading | Beginner’s guide in Amharic
GBPUSD flows sees the pair move back above the 1.1100 level
😳IMPORTANT INFORMATION FOR THE TRADING WEEK AHEAD😳 #forex #trading