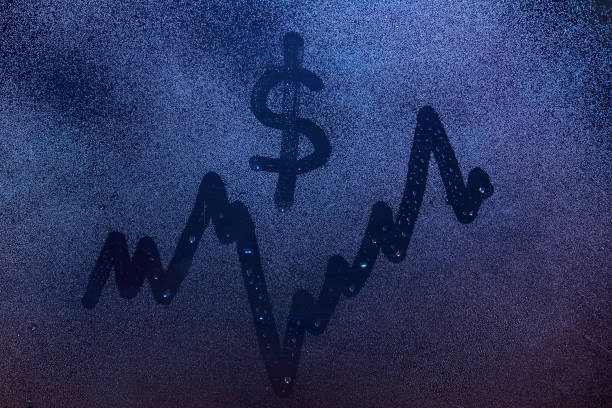 This week’s rebound in global stock markets is losing momentum, as major European indexes and US futures are trading lower. Dollar recovers and lead Yen and Swiss Franc higher. Meanwhile, the rebound in Sterling also appears to have exhausted. Aussie and Loonie are following the Pound and next weakest while Kiwi is supported by RBNZ rate hike earlier today. Also, it looks like Euro has failed parity against Dollar for now.

Technically, it’s way to early to call for a trend reversal in stocks. For example, while DOW’s rebound was impressive, it’s kept well below 55 day EMA. Indeed, psychologically, if DOW couldn’t firmly grip 30k handle for the rest of the week, the stage would be set for down trend resumption through 28715.85 low later in the month. Let’s see. 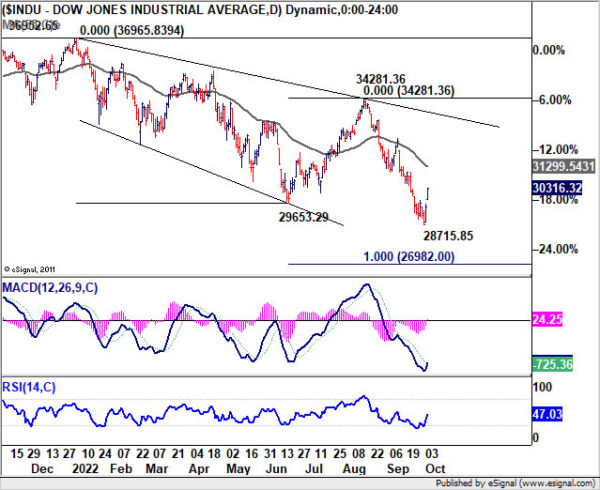 “We are continuing to see steady job gains,” said Nela Richardson, chief economist, ADP. “While job stayers saw a pay increase, annual pay growth for job changers in September is down from August.”

Germany Ifo: Wave of inflation isn’t about to subside

For food industry, the indicator rose further from 96.9 to 100, meaning that a 100% of food companies are expecting to raise prices.

“Unfortunately, this probably means the wave of inflation isn’t about to subside,” says Timo Wollmershäuser, Head of Forecasts at ifo. “Especially when it comes to gas and electricity, the price pipeline is not yet exhausted.”

Chris Williamson, Chief Business Economist at S&P Global Market Intelligence said: “Any hopes of the eurozone avoiding recession are further dashed by the steepening drop in business activity signalled by the PMI. Not only is the survey pointing to a worsening economic downturn, but the inflation picture has also deteriorated, meaning policymakers face an increasing risk of a hard landing as they seek to rein in accelerating inflation.

Tim Moore, Economics Director at S&P Global Market Intelligence: “September data highlighted an absence of growth in the UK service sector for the first time in 19 months as the energy crisis continued to hit business and consumer spending…. Service sector businesses trimmed their growth expectations to the lowest seen for nearly two-and-a-half years in September, which survey respondents linked to concerns about falling disposable income and the unfavourable global economic outlook.”

RBNZ raises Official Cash Rate by 50bps 3.50% as widely expected. In the summary of record it’s noted that the Committee considered whether to hike by 50bps or 75bps, but decided that 50bps was appropriate at this meeting.

In the statement, RBNZ noted that domestic spending has remained “resilient”. Employment levels are “high” while productivity capacity is “constrained” by labor shortages. wage pressures are “heightened”. Also, “spending continues to outstrip the capacity to supply goods and services, with a range of indicators continuing to highlight broad-based pricing pressures.”

Intraday bias in EUR/USD is turned neutral first with current retreat. On the downside, break of 0.9734 minor support will suggest rejection by 55 day EMA (now at 1.0022), and medium term falling channel. Bias will be turned back to the downside for retesting 0.9534 low and then resume down trend. Nevertheless, considering bullish convergence condition in daily MACD, sustained break of 55 day EMA (now at 1.0022) will raise the chance of medium term bottoming at 0.9534. Further rally should then be seen to 38.2% retracement of 1.1494 to 0.9534 at 1.0283. 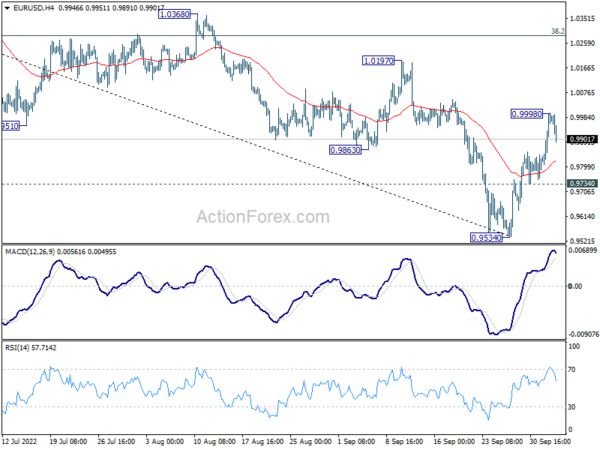 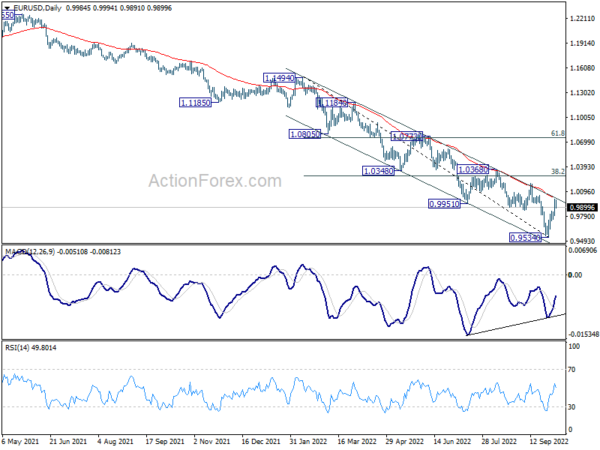