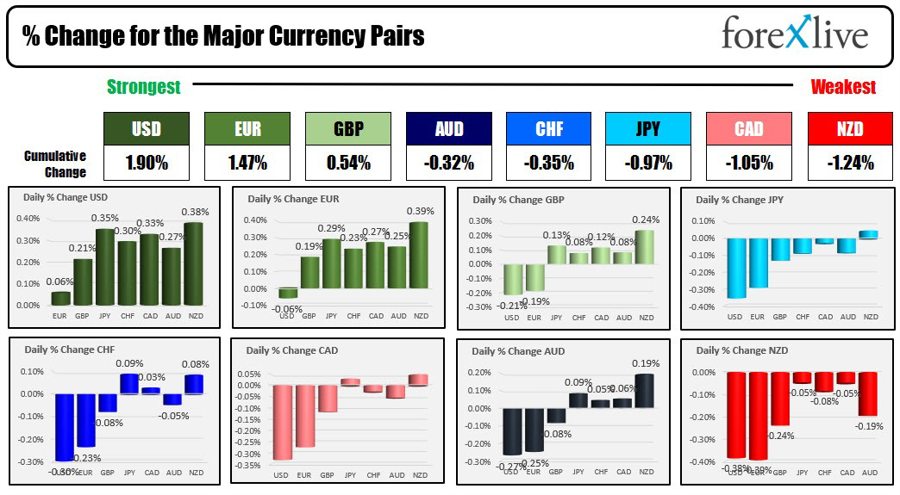 With the US traders returning from the Thanksgiving Day holiday for an abbreviated session and the World Cup going on, the day was set up to be somewhat limited.

The USD did move higher in early NA trading. However, as debt market rates ticked higher partly in reaction to a move higher in European rates so sent the greenback even higher. The German 10 year moved up about 12 basis points on the day. Spain moved up 15 bps, and France up 13.7 bps.

The US rate move was less, however, and then rates started to come back down. Lo and behold the EURUSD moved higher.

For other pairs, the greenback moved a bit lower in the NY session, but held onto to most of the NY early gains. Apart from the EURUSD where the dollar rose by a small 0.06%, the gains were the other currencies were between 0.21% to 0.38%. The dollar rose the most against the NZD at 0.38%.

Thank you for your support. Hope you have a great weekend.